My Guide To Singapore

So it’s been a while since I was in Singapore but I don’t think I’ll ever forget it. Singapore was the second country I ever visited, beaten only by Thailand, and the stark contrast between the two was pretty obvious. Singapore is gorgeously clean (I’m sure we’re all aware of their strict littering laws) and the people are wonderfully friendly. A few shocking things became painfully evident when arriving. The first of these was the Singaporean dollar is almost identical to the Australian dollar (or at least it was) and this was something I hadn’t accounted for. The second was you can buy 4 times the stuff for the same amount of money, this is because prices in Singapore aren’t ridiculous unlike Australia where they are un-fucking-believable. Singapore is pretty easy to get around, helped further by it’s size and the fact they had the foresight to keep things pretty central to one another and it’s a recipe for a great trip. The architecture in Singapore was gorgeous and culturally I remember being thoroughly impressed by the city as I pressed my face up against the glass of the bus windows. I can’t recommend Singapore enough.

We stayed at the Green Kiwi Hostel in Singapore and it was really quite lovely. It was the first hostel I ever stayed at and I wrote in my journal “It was really nice and clean and everyone staying there was friendly, especially the staff. It really made the idea of hostels seem like a viable way to travel in the future.” Little did I know how much I’d love them.
It was quite a big hostel with a roof bar and garden, and plenty of showers and toilets for the place – what more could you ask?

Getting There: We took the train from the Airport and simply walked a few blocks to the Green Kiwi, however I have just read the old location has changed and they have merged with another backpackers – so please find all information Green Kiwi here.

Gardens By The Bay 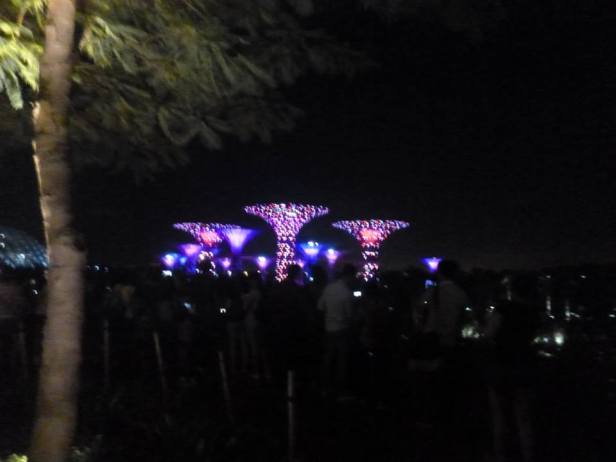 Probably the second most famous attraction in Singapore and there’s no wondering why. We visited at night straight after stepping off the plane which was a mistake for two reasons; the first was we were tired, and the second was we just missed the cut off time to go up and enjoy the walkways above the garden. Nevertheless, it was a lovely area and certainly worth a visit by people of all ages.

Getting there: Just head for Marina Bay Sands and you can’t miss it. We went by Bus and it was pretty straight forward (considering we couldn’t flag a taxi)

An utterly beautiful part of Singapore, and probably my favourite. We arrived in the early morning of our first full day in Singapore and we didn’t leave again until mid-afternoon. It has several different themed gardens from all over the world and I loved every step. Bring plenty of water and ideally wear some comfortable shoes.

Getting there: Pick a mode of public transport, they all work

Cost: Free, unless you visit the orchid garden which is $5 Singaporean Dollars

The Singapore zoo is one of the more famous zoos on the planet and as far as zoos go it’s not too bad. The only issue I had was with the Red Panda and Inuka the polar bear – both looked cramped, bored, crazy and cruelly held. Everything else seemed pretty above board and pretty spacious. One major draw for the zoo is it’s several different areas that you can access which boast a night safari, a river cruise and a multi access regular visit. I’ll review them separately:

The Night Safari was pretty good, especially because the enclosures are huge, but the down side is when Chinese families continue to use flash photography even as the Singaporean guides are trying to wrestle their bloody cameras off them. Not only does it frighten the animals but it ruins your night vision so all you see are blots and dots. I will advise you to ignore what the guides say and GET LINED UP EARLY, otherwise if you follow their instructions and line up barely before the show starts you’re going to be waiting a very very long time.

The River Safari is pretty awful. I was thoroughly disappointed and I even went to town on it via TripAdvisor. Obviously it cost extra to do this river adventure and the problems begin immediately. You are on the boat for all of 5 minutes and you get to see maybe three animals (We only saw Rhino and Elephant) from a pretty great distance. You then wheel around again and re-dock. That’s it. Done and dusted.

The Regular Zoo is pretty good and far better than the zoos I saw in Thailand and Japan. As I mentioned earlier the only real downsides were the Red Panda who looped his enclosure over and over again in a clearly agitated state and Inuka the famous polar bear who just is too big for such an enclosure in South East Asia. Other than that the zoo seemed pretty generous for the animals. But, this was the beginning of the end for me and zoos.

Getting there: We took a taxi out to the zoos and it cost us $20 Singaporean dollars from the city which we split.

Cost: Find all the information here

So we didn’t get to go up to the top of the Marina Bay Sands buildings as much as I’d have loved that our budgets didn’t support it. I have seen photos of it and I cannot wait to do it another time! However, much fun can be had down below in all the shopping centres. It’s unbelievable how much they have in this complex and to be honest it kind of feels like it’s own city. I mean there is an ice rink in the food court! Canals with boats through the centre. It’s unreal, I loved it, and I hate shopping.

Getting there: We took a bus, cost $5, but pretty much every mode will get you at least within walking distance.

Cost: Free to look and I’m sure it’s pricey to touch. 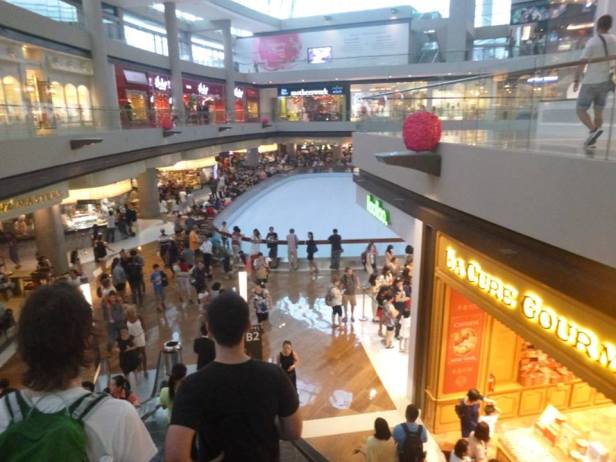 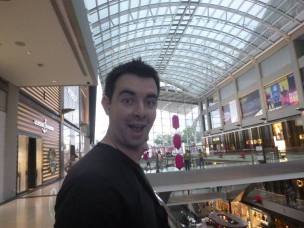 Other notable things I didn’t get to enjoy but wish I had were of course the aforementioned Marina Bay Sands towers which sounds like an absolute blast. Another would be Sentosa Island which boasts it’s own top 10 things to do and if you have a little time to spare I don’t think you can make any mistakes here.

I think it goes without saying that when in Singapore order the Singapore Sling! Live big people. Here are some additional photos of some fun times in Singapore, and as always feel free to leave comments blow 🙂 Hope this helps, peace! 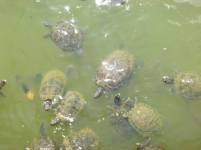 14 thoughts on “Singapore; The Sling and All Things Fun”